Col. Isaac W. Smith was properly honored today by SCV Camp 458, of Portland Oregon. This was the 150th Anniversary of the end of the War, and the start of Reconstruction.
Speakers included, Camp Commander Tom Vincent, Lt. Commander Jay Willis, Secretary/Chaplain Norm Ernst and Division Commander Erik Ernst. Six Confederate Reenactors from the NW Civil War Council, helped us out greatly by doing a 21 Gun Salute.
Twenty four people attended the Graveside service and twenty attended the dinner.
At the dinner, Commander Vincent and Chaplain Ernst, swore in our two newest Compatriots, Carl Thompson and Dennie Anderson. It was great meeting them and their families!
SCV Camp 458 has been growing rapidly in 2015, and shows no signs of slowing down.
Thank you to all who attended!
Join us on May 30th at Jefferson Davis Park, in Ridgefield Washington, for the SCV Pacific NW Division Confederate Memorial Day service. More to come soon! 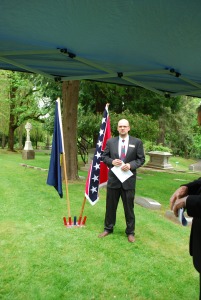 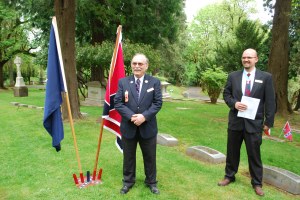 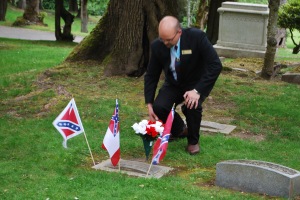 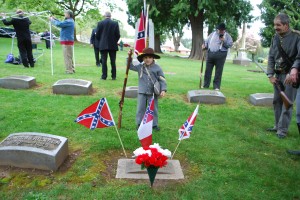